When a native English speaker makes the decision to convert to Islam, they often wonder why they are advised to learn Arabic. Why can't they just read the Quran in English? After all, wasn't the Bible written in Ancient Hebrew and Greek?

"Why can't I read the Quran in English" is a perfectly reasonable question and one any native English speaker is justified in asking. While English speakers are often provided with English translations of the Quran when they are studying Islam, it is only in Arabic that the Quran can be fully experienced and understood. We'll be examining why that is below. 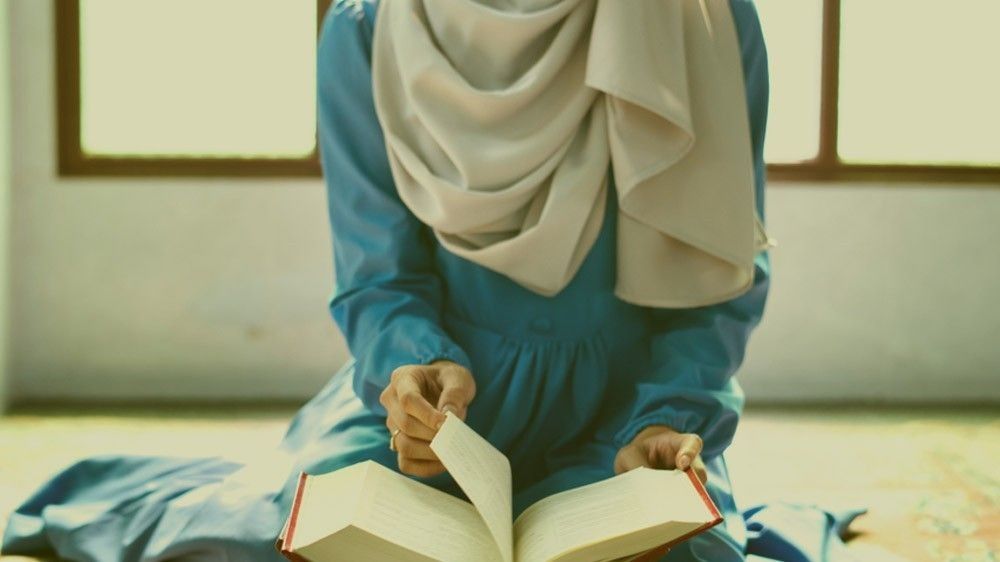 You Can't Read The Quran In English Because…

It Is The Divine Word Of God

As mentioned above, the Bible was written in a number of different languages. The Old Testament was originally written in Classical Hebrew, while the vast majority of the New Testament was written in Greek. Christians have no problem with the Bible being translated into English and other tongues, so why should Muslims feel any differently about the Quran? Well, unlike the Bible, the Quran is believed to be the direct word of God.

Muslims believe the Quran was dictated to Muhammad by the angel Gabriel, who himself was reciting a message from God. Islamic scholars have long agreed that the word of God cannot be changed, meaning the Quran loses its miraculous nature the moment it is translated into a different language.

Because Muslims are so steadfast in their belief that the Quran cannot be fully experienced in any language other than Arabic, most translations of the book are branded as "interpretations" or "summaries" as opposed to being treated as a word for word translation.

It Loses Its Lyrical Beauty

Muslims often point to the mesmerizing poetry of the Quran as proof of its divine authorship. It has long been said that no man could ever produce a book as poetic as the Quran, especially not an illiterate caravan merchant in 7th-century Arabia.

Of course, critics who have read the Quran in English have been thoroughly unimpressed with it as a work of literature. They have described it as sloppy, disjointed, and inconsistent. We're not going to argue with that. We have seen plenty of English interpretations of the Quran and all have always failed to recreate the lyrical beauty of the Classical Arabic original. This is why it's so important that anybody hoping to fully experience the Quran - be it as a piece of doctrine or as a work of art - must read the book in the language in which it was revealed to Muhammad.

Some Verses Have Multiple Meanings

When read in their original Classical Arabic, there are some verses in the Quran which have multiple meanings. This, of course, adds to their significance. In fact, in at least one case, the multiple meanings of a Quranic passage have been cited as proof it came from God and not a man.

You may remember our article concerning scientific facts mentioned in the Quran. In that piece, we took a look at a number of passages in the Quran which seem to support contemporary scientific research. Among them was Quran, 23: 12-14. In those verses, the Quran discusses human embryonic development. An extract reads as follows:

"We made him as a drop in a place of settlement, firmly fixed. Then We made the drop into an alaqah..."

In English, the above verse isn't all that interesting. In Arabic, however, it may well prove that the Quran is indeed a gift from God. The word "alaqah" is an Arabic word and has three different meanings in its classical form. These meanings are "leech", "blood clot", and "suspended thing".

If we begin with the first meaning - "leech" - and apply it to the context of human embryonic development, we can assume the author is comparing the embryo to a leech due to its appearance and the fact it relies on the blood of its mother to survive.

Now let's move on to the second meaning, "blood clot". Thanks to modern research into embryonic development, we know that an embryo's blood does not begin to circulate until the end of the third week. Up to that point, large amounts of blood remain stationary, meaning the embryo is not unlike a blood clot.

Finally, the word "alaqah" could also be used to describe something that has been suspended. This is noteworthy as an embryo is suspended from the uterine wall during the earliest stages of its development. Of course, the fetus remains attached to the wall via its umbilical cord throughout its development, but until it is large enough to fill the womb it is literally suspended and hanging from the ceiling of the uterus.

Immediately following this verse, the Quran goes on to say:

In Arabic, a mudghah is essentially something that has been chewed. This may seem like a bizarre way to describe an embryo at first, but when accompanied by an image of one in gestation, it begins to make sense. You see, around the 28 day mark, an embryo develops somites along its back. When caught on camera, these somites closely resemble the teeth marks one would expect to find on a substance which has been chewed. Of course, there's no way that Muhammad could have known this. Nor could he have truly understood the significance of the use of the word "alaqah" in the previous passage. In fact, there's no way anybody in 7th-century Arabia could have known that an embryo relies on its mother's blood, stores its own in one place, or hangs from the uterine wall. It was not until the invention of the telescope some 1000 years later that scientists and doctors were finally able to begin piecing together our current knowledge of embryonic development.

With this in mind, when one reads the Quran in Arabic, then, the presence of the words "alaqah" and "mudghah" give some serious weight to the claims that the book was revealed to Muhammad by the power of God.

You Won't Be Able To Understand Jumu'ah

Jumu'ah - also known as Friday Prayer - sees Muslims gather at their local mosque every Friday afternoon. Attending Jumu'ah is a crucial part of Muslim life, so understanding and participating in the ceremony is a must.

Although most parts of Friday Prayer will be spoken in the national language of whatever country the mosque is in, some of it is in Arabic. During the gathering, the speaker will give a sermon, accompanied by passages from the Quran. In order to understand what the speaker is saying, you must be proficient in Classical Arabic. Because nobody speaks Classical Arabic as their first language, the only way one can develop an understanding of the tongue is to read the Quran and learn the Arabic language. Reading the Quran in English is therefore counterproductive and will not help you understand what is being said at Friday prayers.

As you can see, the importance of reading the Quran in its original Classical Arabic cannot be understated. Only in its original format can it be fully understood and appreciated. That being said, there's no reason to throw out your English-language interpretations of the Quran. They can be a useful study tool and will help you introduce your friends and family to the religion. Just be sure to remind them that to truly understand what the Quran says, they must read it in Classical Arabic!

Tags:
BibleEnglishquranarabicEnglish speaker
A Look at The Muslim’s Burial
Is Arabic Useful Outside of Reading the Quran?