Zakat: What is it and How much should I pay?

Along with Shahadah, Salat, Sawm, and Hajj, Zakat makes up the Five Pillars of Islam. We are currently in the holy month of Ramadan, a time when Zakat is on the minds of most devoted Muslims. But what exactly is it and why is it so important? Read on to find out. 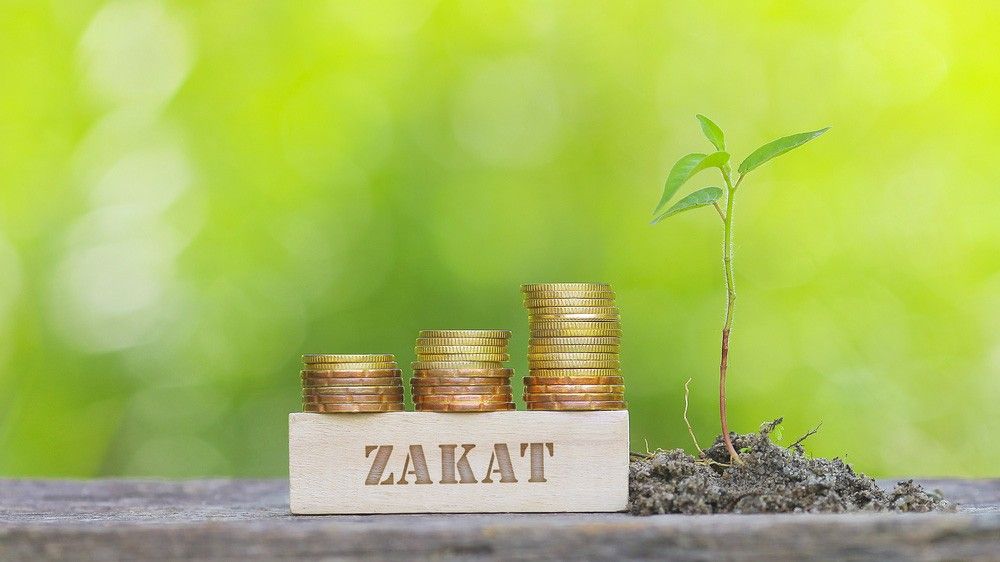 Zakat is the act of donating a portion of one's wealth to the local Muslim community. It is not all that different to the Biblical act of tithing. However, most modern Christian churches teach tithing as optional. In Islam, Zakat is expected of all eligible people (we'll take a look at what makes a person eligible in just a little bit).

Zakat is commanded in both the Quran and Hadith. Quran 2:110 reads:

"Establish worship, and pay the poor-due: and whatever of good ye send before you for your souls, ye will find it with Allah."

"The best charity is that which is practiced by a wealthy person. And start giving first to your dependents."

Meanwhile, a story in Sahih Bukhari, Chapter 24, 539 discusses Muhammad's (pbuh) account of what awaits those who have the means to pay Zakat but neglect to do so. It reads:

"He said 'by Allah, except whom none has the right to be worshipped, whoever had camels or cows or sheep and did not pay their Zakat, those animals will be brought on the Day of Resurrection far bigger and fatter than before and they will tread him under their hooves and will butt him with their horns."

There are many additional verses in the Quran and Hadith declaring the necessity of Zakat. Although we do not have time to discuss each one here, we encourage you to seek them out for yourself during your own scripture study sessions.

The Principles of Zakat

Islamic tradition teaches that a person must do a number of things in order to ensure their Zakat is accepted by Allah.

First, the person performing Zakat must declare their intentions to Allah. He or she must specifically state that the donation they are making is not a typical charitable donation and is being done in order to fulfill the pillar of alms-giving.

Muslims are expected to pay their Zakat on an agreed upon date. While paying a day or two late won't nullify one's donation, it will place an asterisk next to it.

Once Zakat has been paid, the payer must ensure that their donation is distributed throughout their local Muslim community. This allows the payer to see the positive impact of their charity while lowering the risk of misappropriation of funds.

Who Is Eligible for Zakat?

Every Muslim who is eligible for Zakat is expected to fulfill the commandment. According to Islamic tradition, a person is eligible if they are legally an adult and are not suffering from any mental health problems. They must also be above the nisab.

The nisab is the minimum amount of wealth a person must have in order to be eligible Zakat. Because it is a rather old system, the nisab can be tricky to navigate. In most cases, it weighs the value of one's possessions against the value of gold and silver. To complicate matters further, it uses the dinar as its sole currency. So gold is worth 20 dinars and silver is worth 200 dirhams. Get it? Don't worry, most people don't.

Because the nisab system is so difficult to understand - especially in Western countries - most people in gainful employment just assume they are above the nisab line. In virtually all cases, they are.

How Much Do I Have To Pay for Zakat?

Much like tithing, Zakat is relative to a person's income. However, it is nowhere near as high as tithing. While tithing calls for 10% of a person's income, Zakat advises a person to give just 2.5% of their total wealth. Although that may not seem like a lot, 2.5% from the income of every Muslim really adds up and contributes greatly to Muslim communities the world over.

If a person has small short-term loans, the amount that they owe is deducted from their wealth. If the deductions leave them below the nisab line, they are under no obligation to pay Zakat. It is important to remember, however, that this rule does not apply to long-term loans. If a Muslim is in the process of paying off a mortgage or a similarly large debt, the amount is not deducted from their earnings.

How Is Zakat Used?

When a person performs Zakat, the money goes straight into their local community. It may be used to fund the upkeep of nearby mosques and other Muslim buildings. However, it is also often dedicated to building parks, playgrounds, and similar utilities that can be enjoyed by people of all faiths. The money accumulated through Zakat is also divided out among the less fortunate members of the Muslim community.

Are There Any Other Ways To Perform Zakat?​

If you are not in a financial position to donate a portion of your income, it is possible to perform Zakat in other ways. Because the funds raised through Zakat go towards bettering the local Muslim community, a person can perform Zakat through tasks that lend themselves to that goal. You can fulfill your Zakat obligations through something as simple as picking up litter or mowing an elderly neighbor's lawn.

When Do I Pay Zakat?​

Contrary to what many people assume, there is no set date Muslims are expected to pay their Zakat donations. A Muslim is free to pay their Zakat at any point over the course of one Lunar year or Hawl (354 days). The Hawl begins at the moment a person's wealth exceeds the nisab line.

Traditionally, many Muslims pay their Zakat during the month of Ramadan. However, it is not to be confused with Zakat al-fitr, which is a donation given by Muslims at the end of this holy month.