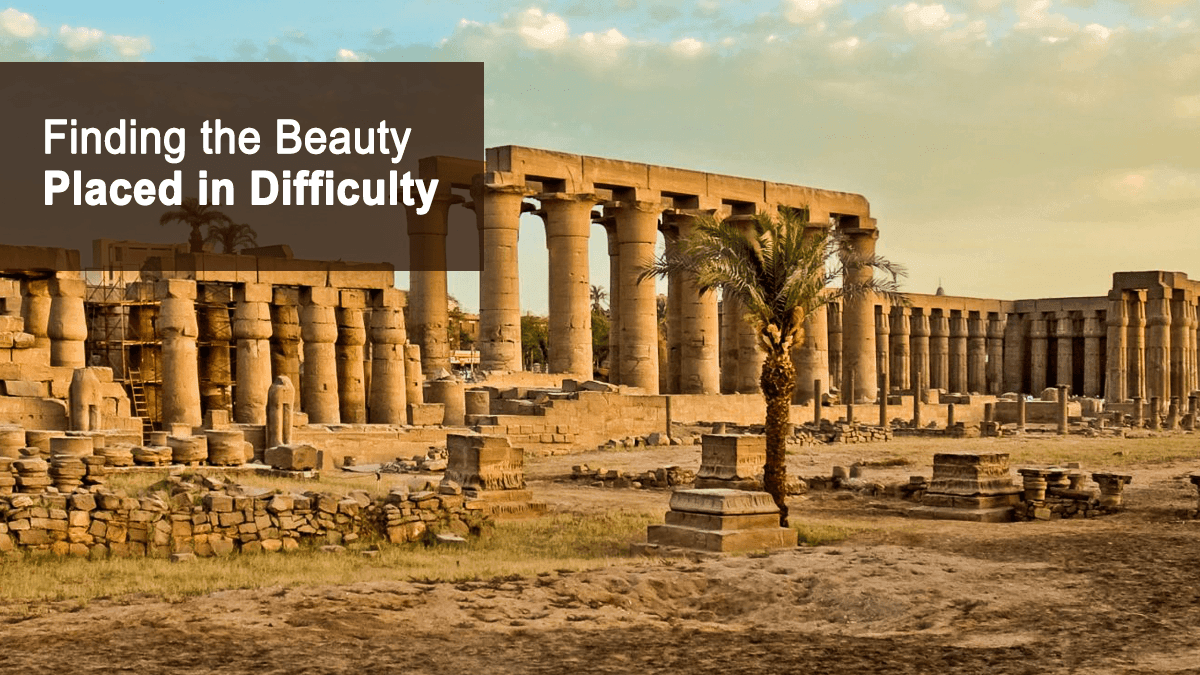 The famous poet Ahmad Shawqi said in a well-known line from one of his works:

Verily, the One who filled all languages with beauty
Put beauty itself, and its secret, in ad-Dhaad.

In these lines, Shawqi refers to the Arabic language as 'ad-Dhaad'.  Dhaad is the name of one of the Arabic letters ("ض", which comes after ص and before ط), but since it is said to be a unique letter, not found in any language other than Arabic, poets and writers sometimes also use it as a name for the Arabic language itself.

These lines are praising Arabic as the most beautiful of languages, but the play on words here also implies that there is beauty encapsulated in the letter dhaad itself.  This is an interesting idea considering that dhaad is an incredibly difficult letter to pronounce, if not the most difficult!

In classes in tajweed (on learning the correct pronunciation of the words of the Quran), students learn that each letter has a precise location from the mouth and throat from which it emanates.  Tajweed students will probably tell you that they have spent many hours and days with dhaad, trying to form their mouth around this letter and incorporating it fluidly into their recitation.  Yet when the difficulty of reciting it unfolds, there is a sweetness and beauty one experiences that is hard to describe.

Often in the life of this world, one finds that it is what is the most difficult that is the most beautiful.  The words most difficult to express are often the most touching; the most arduous trails often lead to the views most breathtaking; and the more challenging the language is to master, the more beauty, richness and power one can often find in its letters and words.

If you are new to Arabic, take heart.  The difficulty in its pronunciation, the tediousness of conjugation and the complexity of grammar will soon, God willing, take form into beauty, and perhaps - with due diligence and devotion - even whisper to you its secrets.

How Hard is it to Learn the Arabic Language?