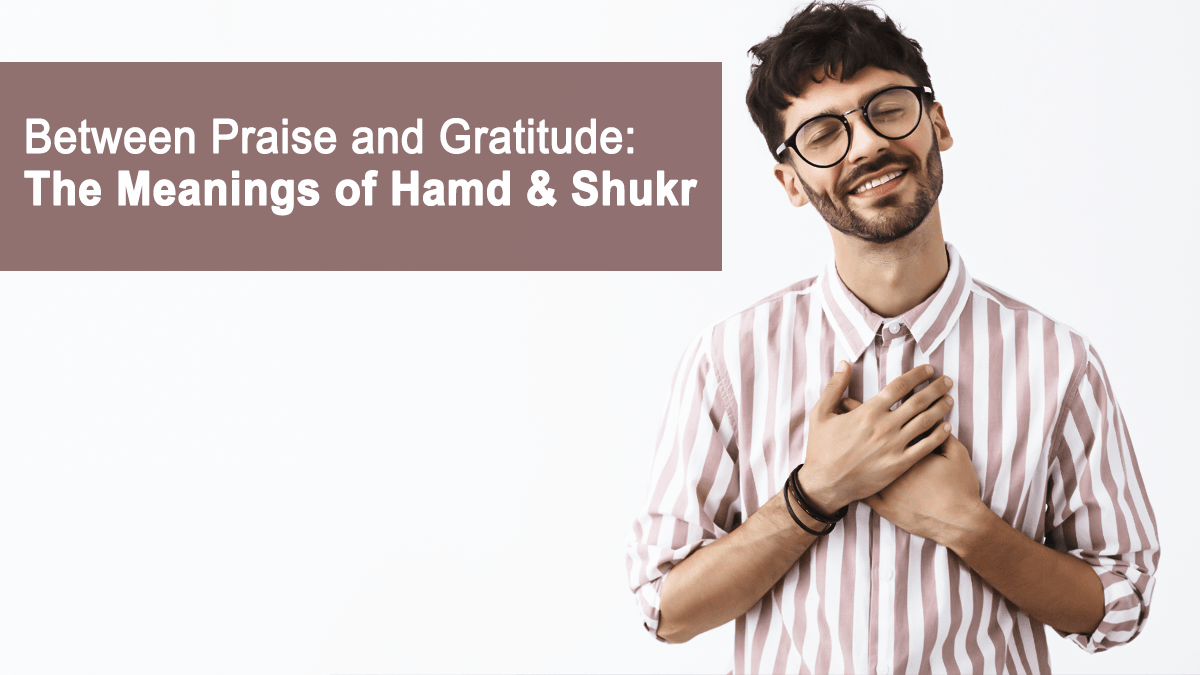 Hamd vs. Thana and Madh

There are three words that have the general meaning of ‘praise’ in the Arabic language: madh [مدح], thana [ثناء], and hamd [حمد], but we find the term hamd constantly used in the Quran and the Prophetic Tradition for praising Allah, such as in ‘Alhamdulillah’.

Because of this, the phrase “Alhamdulillah” is often on our tongues - a deeply beautiful expression of praise, gratitude, faith and love.  Hamd of Allah is the first statement of the Quran’s opening chapter, al-Fatiha, and is the last call of the people of Paradise (Quran, 10:10).  A prophetic narration teaches that it ‘fills the scale’[i] (of good deeds and reward on the Day of Judgment), and it was an expression the beloved Prophet (peace and blessings be upon him) constantly used, in good times and in bad.

Linguistically, madh, thana, and hamd all refer to praising someone, either for their excellence,  good attributes or deeds.  However, the term hamd has certain distinctive, beautiful characteristics that makes it the most appropriate and fitting when praising Allah.

Ibn al-Qayyim states that hamd is not only the act of acknowledging and stating the good qualities of an individual, but doing so from a position of mahabba (love) and ta’dheem (respect).  Madh, on the other hand, refers to praising someone’s good qualities but doesn't necessarily imply anything about the feelings or state of the person giving praise.[ii]  What we learn from this is that expressing hamd for Allah is more than a simple acknowledgement of His excellence and goodness; it is an expression of praise made with love, reverence, honor, and veneration for Allah Most High.

In his Tafsir al-Kabir, Imam ar-Razi mentions that hamd is more specific than madh, and is used for living beings that do some act of excellence by deliberate choice, while madh also encompasses those who are not alive as well as inanimate things.[iii]

This teaches us that an expression of hamd is an implicit acknowledgement that Allah (may He be glorified and exalted) is (Ever) Living, and that He chose - by His grace and loving kindness - to bless us with all that we have.

Lastly, the term thana is said to be a more general, all-inclusive expression for all types of praise, or a generally more eloquent form of madh that does not have the distinctive qualities of hamd.[iv]

Shukr, gratitude or thankfulness, is a related term that scholars say can be manifest verbally (by thanking Allah) or by one’s deeds (by worshiping Him, serving Him, and doing good deeds).  However, shukr is done expressly for favors that have been bestowed on one, while hamd is an expression of praise and gratitude not only in response to favor, but for Allah’s attributes themselves.  In this way, scholars say that hamd is an expression that encompasses both gratitude (for what Allah has blessed us with) and praise (for His Divine qualities, attributes and names).

From all this, we can conclude that hamd is a beautiful verbal expression of faith, love, praise, gratitude and appreciation for Allah’s qualities and generous favor upon us.  May Allah make us people who are constantly in His ‘hamd’, remembering Him, praising Him, and thanking Him, Ameen!

[iv] Ustadh Nouman Ali Khan in his article, “’Alhamdulillah’ - A Linguistic Miracle of the Quran” that can be found here.
Tags:
shaziaarabic languagearabic
Salah - A Means of Humility, A Connection
Cute Arabic Memes to Share with Your Spouse

Interview with Yelda, a Winter-Intensive Student