In Islam, God is presented as a loving and benevolent supreme being. As is stressed in the Quran again and again and again, Allah delights in exercising mercy. While He is certainly capable of great wrath and destruction, He rarely utilizes such power.He is always willing to forgive any sinner who is truly sorry. In fact, He seems to go out of his way to provide human beings with a path to Paradise.

There are countless Quranic passages and Hadith detailing methods through which a believer can increase the rewards of their good deeds, thus sealing their place in Paradise. We'll be looking at some of our favorite ones in this article. Here are five ways you can multiply your good deeds in the eyes of Allah. 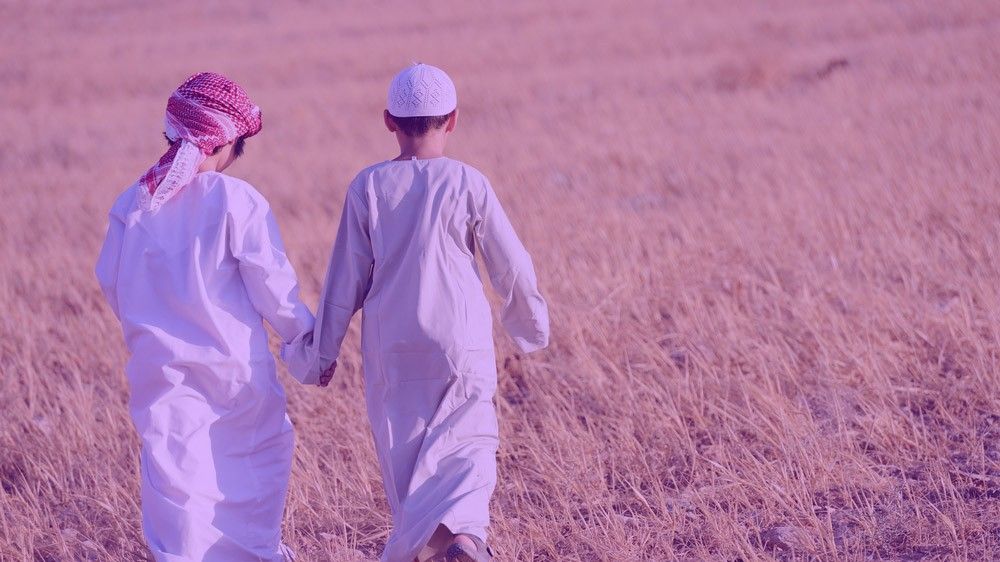 1. Walk To The Mosque

Do you have trouble finding a parking space at your local mosque during Friday Prayers? While such a challenge is certainly frustrating, you should consider it a blessing in disguise. Walking to the mosque is a little-known way a Muslim can increase their good deeds in the eyes of Allah. This teaching has its roots in multiple Hadith. In Shahih Muslim, for example, Abu Huraira reported the Prophet Muhammad (PBUH) saying:

"Whoever purifies himself for ablution in his house and he walks to a house among the houses of Allah in order to fulfill an obligation among the obligations of Allah, then one step of his will expiate his sins and another step will elevate his status."

This is a particularly noteworthy Hadith. Not only did the Prophet Muhammad (PBUH) declare that walking to the mosque will increase the value of one's good deeds, but it will also decrease the stain of their sins. In fact, one sin will be eliminated for every second step a believer takes to the mosque. Therefore, the longer you must walk to the mosque, the cleaner your soul will be by the time you arrive.

Another saying of the Messenger of Allah (PBUH) recorded by Burdah Al-Aslami reaffirms this teaching and expands upon it, adding further detail on how a believer can multiply their good deeds by walking to the mosque. In Sunan At-Tirmidhi, Burdah Al-Aslami remembers Muhammad (PBUH) saying:

"Give glad tidings to those who walk to the mosque in darkness, for it will become fully light on the Day of Resurrection."

Through this Hadith, it is made clear that a believer should consider walking to the mosque, even if they must begin their journey before sunrise in order to arrive before Friday Prayer begins. We know this isn't the easiest task and nobody could blame you for not doing it. That being said, doing so even once will increase the reward of your most seemingly insignificant good deed exponentially.

Almsgiving is required of all Muslims through the pillar of Zakat. However, those who continue to give to charity outside of their Zakat requirements can expect their extra-curricular donations to stand in their favor when the Day of Judgment arrives. The advantages of non-Zakat charitable donations are discussed in a number of Hadith, such as the following record from Abu Huraira:

"Non gives charity from what is good, for Allah only accepts what is good, but that the Merciful takes it with His right hand. Even if it is a date, it is nurtured in the hand of the Merciful until it becomes greater than a mountain, just as one of you nurtures his young horse or camel."

From this teaching, we learn that even the smallest act of charity will yield massive rewards for the giver. Donating something as minute as a date to somebody in need will be multiplied by Allah until its significance is "greater than a mountain". Imagine what you could achieve by giving a handful of dates!

A similar teaching is recorded in Sahih Muslim. According to Abu Mas'ud, the Prophet Muhammad (PBUH) warmly received a bridled camel from a man who wished to donate it to the cause of Allah. Commending the man for his act of charity, Muhammad (PBUH) said:

"You will have for it seven hundred camels on the Day of Resurrection. Each of them will be bridled."

Now perhaps we shouldn't take this literally. After all, what use would 700 camels be in the afterlife, bridled or otherwise? Instead, we should assume that the Messenger of Allah (PBUH) was speaking metaphorically in regards to the act of giving itself. The act of a charitable donation is marked as a good deed, whether the giver donated a camel or money or something else. When the donation is made outside the realms of Zakat, it is recorded as 700 good deeds.

Much like almsgiving, fasting during Ramadan is a pillar of Islam and so is requried of all Muslims. Although you are not required to fast outside of Ramadan, doing so can seriously elevate your status in the eyes of Allah. In Sahih Muslim, a Hadith from Abu Huraira records the Prophet Muhammad (PBUH) as saying:

"Every deed of the son of Adam is multiplied from ten to seven hundred times. Allah the Exalted says: Except for fasting, for it is done for my sake and I will reward it."

Contemporary Islamic scholars agree that this Hadith tells us that all of our good deeds will be multiplied to some extent. Fasting, however, is the most noble of acts and as such will be multiplied far greater than "ten to seven hundred times". Of course, it is important to remember that the Hadith makes it clear that the fasting must be done for Allah's sake. Fasting ahead of a hospital appointment or in an attempt to lose weight will not increase your standing on the Day of Resurrection.

4. Be A Generous Host

Arabs are famous for their hospitality. Even in pre-Islamic Arabia, a great deal of emphasis was put on the importance of being a welcoming and generous host. This was one of the few portions of pre-Islamic Arab culture which the Quran reaffirmed. In fact, Muhammad (PBUH) himself was known to be a kind and courteous host and encouraged his followers to replicate his actions in their own homes.

In a Hadith found in Sahih Bukhari, Aisha bint Abi Bakr, a wife of the Messenger of Allah (PBUH), recalls her husband saying:

By providing ample food to their guests - or even by sharing ample food among themselves - the occupants of a home can ensure rewards for multiple people. According to the above Hadith, the woman who prepared the meal will be rewarded by Allah for her dedication to providing her guests with a quality feast. Her husband will also be rewarded, presumably for earning the money that paid for the meal (if part of a particularly conservative family).

Even the storekeeper from whom the contents of the meal were purchased will see his good deeds multiplied for his role in the process. In fact, it is the Muslim storekeepers of the world who benefit the most from the above Hadith. While the man and woman will only see their blessings multiplied if they host the feast, the storekeeper will see his good deeds increased every time he sells food to anybody planning a party. A one hour shift on a Saturday morning could give a storekeeper all the blessings they need to enter Paradise!Enter your text here ...

5. Send Blessings Upon The Prophet

If you are a non-Muslim, you may be confused by the persistent appearance of the acronym "PBUH" immediately following a reference to Muhammad (PBUH). That acronym stands for "peace and blessings be upon him". Muslims generally use it after referencing Muhammad (PBUH) and other prophets of Islam. This is primarily a means of showing respect to important figures of the religion, but also serves as a means of bringing blessings upon oneself. According to Abu Huraira in Sahih Muslim, the Prophet Muhammad (PBUH) stated:

Islamic scholars have long cited this story as reason to always included the term "Peace be upon him" or the appropriate acronym while speaking about Muhammad (PBUH). Just think of the number of good deeds we've racked up by writing this article and you by reading it!Enter your text here ...