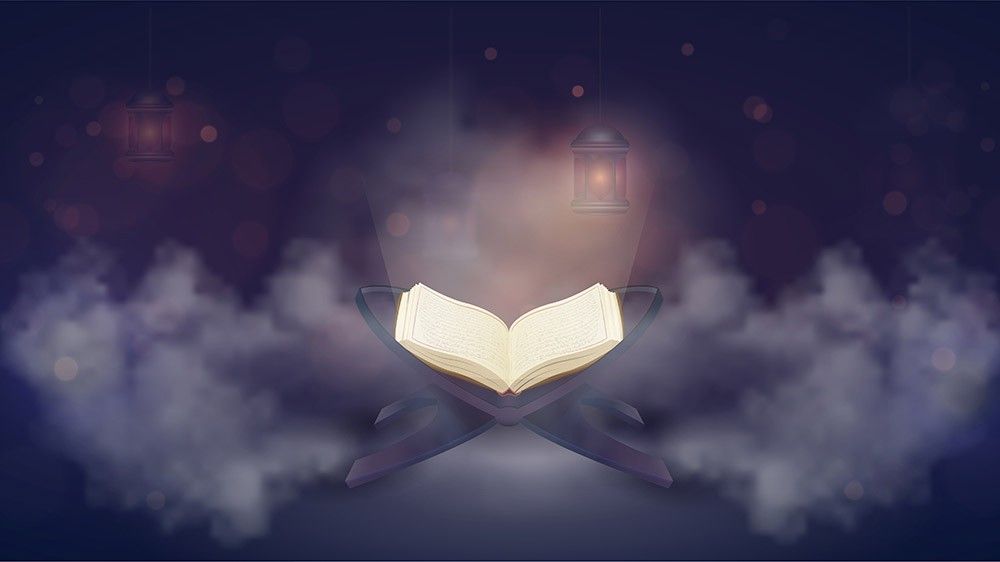 According to Islamic tradition, the Quran was first revealed to Muhammad in 609 CE. Over the next two decades, new surahs were dictated to Muhammad by the angel Gabriel, who was delivering the exact words of God himself. Muhammad's final meeting with Gabriel came in 632 CE. He died in June of that year.

Despite being revealed in a time and place where scholarship was of little concern, the Quran contains a number of interesting scientific facts. These scientific facts were not known to the people of Muhammad's era. In fact, a number of them have only been discovered in the past 100 years.

Many people present the Quran's advanced scientific knowledge as undeniable proof of Muhammad's prophethood. However, we don't want to make that decision for our readers. Instead, we will present you with the most noteworthy scientific facts discussed in the Quran - a book produced 14 centuries ago - and allow you to draw your own conclusions.

Here are seven scientific facts mentioned in the Quran.

1. The Origins of the Universe

We are all familiar with the Biblical account of creation. God created the world in six days and rested on the seventh. He assigned Adam, the first man, to rule over all of his earthly creations. While most of this account is accepted within Islam, the Quran goes one step further and details the creation of the universe itself.

"Then He turned to the heaven when it was smoke and said unto it and unto the earth: Come both of you, willingly or loth."

The description of pre-creation heaven as "smoke" is significant as modern cosmologists agree that the universe once existed as a mere opaque cloud. Scientists continue to observe new stars forming out of similar smoky clouds today.

It is noteworthy that Dr. Alfred Kroner was baffled upon learning of the above Quran verse. Kroner is the Chairman of the Department of Geology at the Institute of Geosciences, Johannes Gutenberg University in Germany. This means his knowledge of cosmology is virtually unparalleled.

Speaking of Muhammad and the true source of the Quran, Dr. Kroner stated: "It is almost impossible that he could have known about things like the common origin of the universe, because scientists have only found out within the last few years, with very complicated and advanced technological methods, that this is the case."

The Quran's passages on the stages of prenatal development are masterfully intricate. Furthermore, when read in Arabic, they feature complex wordplay becoming of a divine humorist.

"We created man from an extract of clay. Then We made him as a drop in a place of settlement, firmly fixed. Then We made the drop into an alaqah."

The first thing we must look at to understand the above passage is the use of the word "alaqah".

In Arabic, "alaqah" is a homograph with three different meanings. It can refer to a leech, a blood clot, or something that has been suspended. All three are relevant when talking about embryonic development.

In utero, a fetus obtains nutrients and oxygen from the blood of the mother. In this way, it is not unlike a leech, which survives by sucking blood from other creatures. In the early stages of its development, an embryo's blood does not circulate. This means large amounts of blood remain stationary, rendering the fetus similar to a blood clot. The translation of "alaqah" as something which has been suspended is particularly interesting. When in the womb, an embryo is "suspended" from the uterine wall by the placenta and umbilical cord.

Much of what we now know about human embryonic development is documented in Professor Emeritus Keith L. Moore's scientific reference book The Developing Human. Moore is an authority in anatomy and embryology and in 1981 he visited Saudi Arabia to lecture on the topic.

When discussing the Quran's teachings on prenatal development, Moore declared: "It is clear to me that these statements must have come to Muhammad from God, because almost all 0of this knowledge was not discovered until many centuries later."

Little was known about the human brain in 7th-century Saudi Arabia, which is what makes the Quran's verses on brain anatomy so fascinating.

"Let him beware! If he does not stop, We will take him by the naseyah, a lying, sinful, naseyah!"

This passage was revealed at a time when Muslims were being mocked and persecuted by more powerful religious sects. When it was delivered to Muhammad, it was intended to advise him on how to deal with one particular non-believer who was making it difficult for Muslims to pray at the Kaaba.

However, it is the surah's use of the Arabic word "naseyah" that is of primary concern to Islamic scholars today.

In Arabic, "naseyah" essentially translates to "the front of the head", which makes the above extract curiously pedantic. Why specify an area of the head? Why not just refer to the head as a whole? The answer lies in the Quran's description of the non-believer's naseyah as "lying" and "sinful".

Modern research into the anatomy of the human brain has established the prefrontal area of the cerebrum as the center of motivation, planning, and aggression. In other words, the front of the brain is responsible for our ability to perform evil or sinful acts. It is also responsible for our ability to discern reality from fiction. This means that, if you so choose, your naseyah can indeed be a sinful and lying one.

When two seas come together, it is called a "confluence" or "conflux". A confluence makes for a fascinating sight. You see, when two seas meet, their waters maintain their individual qualities. This includes temperature, density, and, color. So a photograph of a confluence will show two bodies of water of totally different shades running side by side or into each other head on.

These oceanic divisions are a relatively new discovery and were not documented on camera until only recently. It is interesting, then, that Quran, 55:19-20 contains the following passage:

"He has let free the two seas meeting together. There is a barrier between them. They do not transgress."

Additionally, an earlier verse, to be found in Quran, 25:53, reads:

"He is the one who has let free the two bodies of flowing water, one sweet and palatable, and the other salty and bitter. And He has made between them a barrier and a forbidding partition."

Obviously, the aforementioned pycnocline zone is imperceptible to the human eye. Scientists have discovered it only recently through a series of complex investigations with high-tech equipment. Believers of the Quran, however, have known about that "forbidding partition" for centuries.

cannot see it. And he for whom Allah has not appointed light, for him there is no light."

Today we know that light is scarce 200 meters below the ocean. At such a depth, a diver can expect to see very little and will experience difficulty observing their own hand, even with it stretched out in front of them.

Contemporary oceanographers have confirmed that internal waves do exist. They occur when the lower layer of an ocean encounters an obstacle. The obstacle in question creates a disturbance in the water's flow, causing it to oscillate rapidly. Unlike their surface-borne counterparts, internal waves can move across the ocean for hours on end. In some cases, they can reach up to 10 kilometers in length.

6. The Formation of Clouds

In the 24th surah - Light - the Quran speaks at length about the formation of clouds. Specifically, nimbus and cumulonimbus clouds, which produce rain. Quran, 24:43 reads:

"Have you not seen how Allah makes the clouds move gently, then joins them together, then makes them into a stack, and then you see the rain come out of it?"

This is an almost shockingly accurate description of how cumulonimbus clouds are formed. They occur when smaller clouds are pushed together by the wind. This could be the "moving gently" referenced above. Once a number of these slight clouds are in close proximity to each other, they amalgamate or "join together". At this point, something known as a "vertical updraft" takes place.

A vertical updraft is a rising of air within a cloud. It causes the top portion of the cloud to expand upwards, often to great heights. Vertical updrafts are generally uneven and usually raise different sections of one cloud to different heights, giving it the appearance of several clouds piled on top of each other. Islamic scholars justifiably believe this is the "stacking" referred to in the passage included above.

The formation of clouds has been extensively studied by meteorologists over the past two or three centuries. It is also common knowledge among everybody who paid attention in elementary school. In 7th-century Saudi Arabia, however, very little was known about clouds and how they were produced. The few pieces of information that were available were based on the theories of Aristotle. Unfortunately, Aristotle's teachings were often inaccurate. In fact, the Greek philosopher's work is often said to have set science back 1000 years!

7. The Shape of Mountains

To the human eye, the typical mountain appears to be more or less pyramid-shaped. In reality, however, mountains are shaped quite differently.

A mountain is like an iceberg or a tree in that what we see above ground is only a small portion of the object. Like a tree, a mountain has roots. These roots run deep into the ground and give it the shape of a peg or thumbtack. Although the true form of the average mountain was only recently established by science, Quran, 78:6-7 reads:

"Have We not made the earth as a bed, and the mountains as pegs?"

Further information on mountains can be found in Quran, 16:15, which states:

"And He has set firm mountains in the earth so that it would not shake with you, and streams and roads that you may find a way."

The above passage seems to align with some contemporary theories on plate tectonics, which believe mountains serve as stabilizers for the Earth's crust. If these theories are correct, one most wonder how an illiterate merchant in the 600s could have obtained such information without divine revelation.

Tags:
Islamic traditionislamic studiesmuslimsislammuslim worldMuhammadquranScientific factslearn quran online
Zakat: What is it and How much should I pay?
10 Celebrities Who Speak Arabic as a Second Langua...

Connect with the Quran this Ramadan!

Mashallah, this is very good evidence as to why Islam is the religion to follow. The evidence that was mentioned in the Quran before scientists discovered is amazing and mind boggling. I thank Allah for gifting all us Muslims around the world for the religion of Islam.

0CancelReply
:D:D Mashallah, this is very good evidence as to why Islam is the religion to follow. The evidence that was mentioned in the Quran before scientists discovered is amazing and mind boggling. I thank Allah for gifting all us Muslims around the world for the religion of Islam.
CancelUpdate Comment