Why Do We Say Bismillah?

'Basmalah' or 'Bismillah' is a phrase to mention God (Allah) before beginning any action or speech. It is a powerful phrase that completes our actions and adds immense reward and Barakah to everything that follows it.

By saying, 'Bismillahir Rahmanir Raheem' الرَّحِيْمِ الرَّحْمٰنِ اللهِ بِسْمِ (meaning, "In the Name of Allah, the Beneficent, the Merciful."), you are consciously asking Allah to be with you during the task, speech or action that you are about to perform.

Imagine having a difficult task or exam ahead of you and you are unprepared or simply nervous; who do you call or ask for help? None other than The Most Powerful, The Most High, Allah. Imagine, the task gets easy and you get an immense reward and extreme barakah.

There are numerous benefits of saying 'Bismillah.' 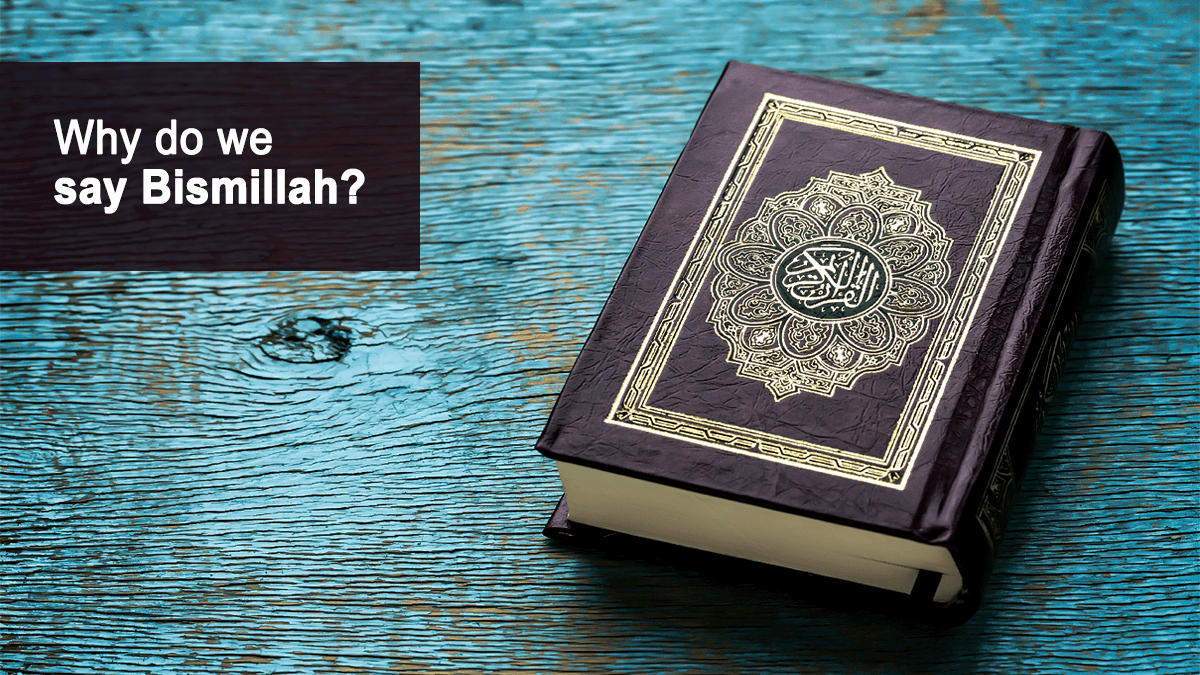 Saying Bismillah wards away our worst enemy, Satan (Shaitan), who is constantly trying to distract us from doing good deeds.

The first words revealed to our beloved Prophet Muhammad (ﷺ) were, "Read, in the Name of Your Lord…." (Quran 96:1). This shows the ultimate importance of beginning any major or minor task with Allah's name. All Quranic chapters, except one, begin with Bismillah.

Starting things with Bismillah improves productivity, wards away laziness, provides blessings and is a source of Barakah in all acts.

A simple act, such as eating becomes a source of blessing (by the permission of Allah) and an act of worship.

Duas for entering and leaving the house, dua for calamities, dua for safety and protection and numerous others have been reported with having Bismillah at the beginning or having Bismillah in them. Saying Bismillah completes an important Sunnah of our beloved Prophet (ﷺ).

Ways to Make Quran Learning Fun for Your Kids

Steps to Guiding Your Children to Learn Quran

What Does the Quran Say About Racism?