What Are The Different Strengths Of Hadith 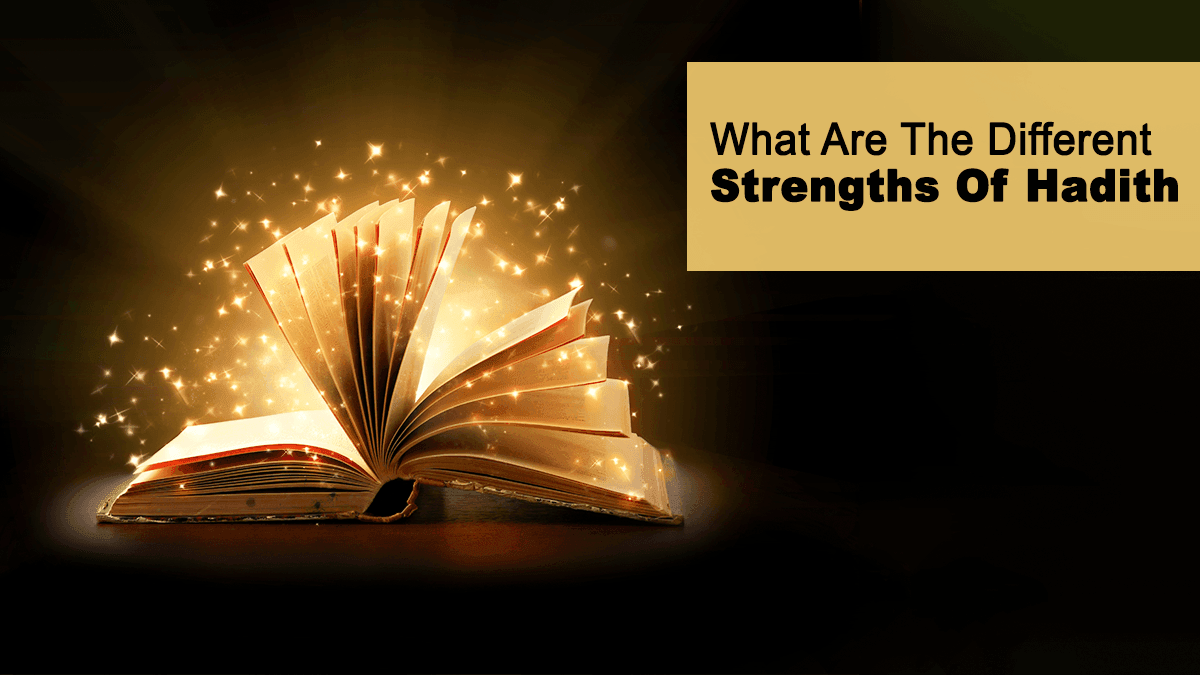 The Quran is the cornerstone of Islam. However, the Quran is not the sole source of Islamic doctrine. Much of Islamic law is based upon the teachings of the hadith. These are a collection of sayings and acts attributed to the Prophet Muhammad (PBUH) and serve as a sort of "second in command" to the Quran. While there are a number of "Quran-only" Muslims who reject the teachings of the hadith, the vast majority of Muslims accept the hadith as a crucial part of their faith. However, it is important to note that while every surah in the Quran is equally valid, not all hadith are treated with the same reverence. This is because the hadith were compiled from multiple sources long after the death of Muhammad (PBUH). Consequently, some are more reliable than others. In order to guide believers towards the teachings most deserving of their attention, the hadith are generally broken down into a number of categories or classes of strength. There are three levels of reliability (although this number may vary depending on who you ask). We're going to be examining each level and what it entails in this article.

The Three Strengths Of Hadith

A sahih hadith is a hadith that has been accepted as being an authentic account of something that the Prophet Muhammad (PBUH) said or did during his life. The requirements for a sahih hadith were laid out by Ibn Hajar al-'Asqalani (1367 - 1449), who dedicated his life to the science of hadith. According to Ibn Hajar, a hadith must meet five conditions in order to qualify as sahih. These are:

An Example Of A Sahih Hadith

"Allah's Messenger (PBUH) was the most generous of all the people, and he used to reach the peak in generosity in the month of Ramadan when Gabriel met him. Gabriel used to meet him every night of Ramadan to teach him the Quran. Allah's Messenger (PBUH) was the most generous person, even more generous than the strong uncontrollable wind (in readiness and haste to do charitable deeds).

Hasan is the second strongest level of hadith, only falling behind sahih. Interestingly, the aforementioned master of hadith science, Ibn Hajar al-'Asqalani believed a hasan hadith to be just as powerful as a sahih hadith when it comes to religious authority. However, he conceded that hasan hadith often suffer from blurred lines of narration. This is because a hadith is generally considered hasan if one of its narrators is considered to have been of mediocre memory despite being respected for their strong character. A hasan hadith should not contradict additional hadith and should certainly not go against anything that is outlined by a sahih hadith. It should also be free of doctrinal errors and irregularities, with all of its defects limited only to its chain of narration.

An Example Of A Hasan Hadith

"Malik related to me from Abd ar-Rahman ibn Harmala from Amr ibn Shuayb from his father from his father that the Messenger of Allah (PBUH) said, "One rider is a shaytan. Two riders are two shaytans, and three are a riding party."
- Muwatta Imam Malik

If a hadith is weak in its reliability, it is classified as "da'if". There are a number of things which may lead to a hadith being determined as weak. For example, if a hadith comes from a narrator who is not sound of memory but is reputed for their character, then they are given the benefit of the doubt and their hadith is classified as "hasan", as discussed above. However, if the narrator is not of sound memory and their character is less than impressive, the hadith is deemed weak and Muslims should be wary of its content. A hadith can also be classified as "da'if" if there is found to be some discontinuity in its chain of narration. Ibn Hajar gave careful thought to what should be considered a discontinuity and outlined a number of specific scenarios in which one could say the chain of narrators of a particular hadith was compromised. You'll find each listed below.

If the collector of a hadith failed to credit one or more narrators at the beginning of the isnaad when presenting said hadith, it is da'if by mu'allaq. A hadith can also be classified as mu'allaq if the collector omitted the entire isnaad or merely credited the Shaba. It is not unusual to see a mu'allaq hadith begin with a vague statement, such as "The Prophet said…"

For a hadith to carry any real power, one must be able to trace it back to both Shaba and Successor. If the Successor from which a hadith comes from is not named, then that hadith is da'if by reason of mursal. It is worth noting that this is not a problem in Sunni Islam, as Sunni Muslims believe all Shaba to be of reputable character. When each Shaba is held in equally high esteem, it does not matter if they are not specifically named by the Successor as the source of a hadith.

The word munqati' most closely translates to the English word "disconnected". It is applied to any hadith which contains an omission of a link anywhere before the Successor. Munqati' hadith often begin with a vague statement, similar to mu'allaq hadith. Be watchful for opening lines such as "a man narrated to me" as they cast a dubious light over the rest of the hadith's contents.

Da'if hadith are generally characterized by their briefness. Considering how short the average da'if hadith is, we'll end this article with a number of da'if hadith as opposed to a single example. Pay close attention to each; memorizing their attributes will likely help you identify weak hadith during your own scripture study sessions.

"Whoever performs Hajj and does not visit me has boycotted me."

"Who abides by my Sunnah at the time of corruption of my Ummah he will get the reward of a hundred martyrs..."

Exaggerate in remembering Allah until others call you mad.

Hajj is Jihad and Umrah is optional.

What Does Athan Mean In Islam?
Why Did Allah Choose Muhammad?