A Guide to the 3 Types of Arabic

With an estimated 422 million speakers, Arabic is the fifth most spoken language in the world. However, some of those 422 million people may have a hard time understanding each other. This is because Arabic is, in many ways, an umbrella term.

There are a number of strains of Arabic spoken across the globe. In order to keep track of them all, Arabic is generally broken down into three forms. These are Classical Arabic, Modern Standard Arabic, and Colloquial Arabic. But what exactly are the differences between these tongues? More importantly, which form should potential Arabic students pursue? Read on to find out. 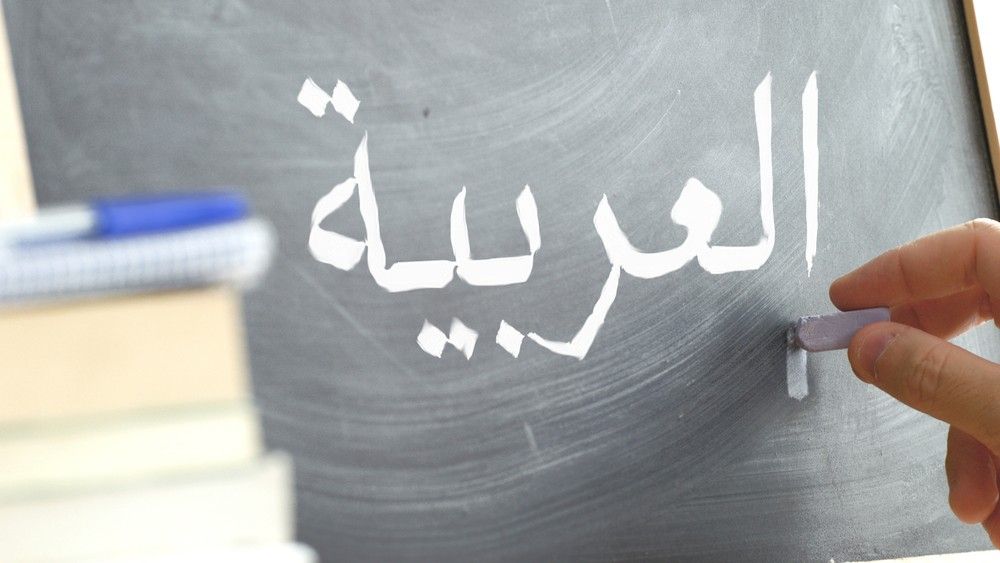 ​Classical Arabic is also often referred to as "Quranic Arabic". This is because it is the language in which the Angel Gabriel is said to have revealed the Quran to the Prophet Muhammad. Most other works of Middle Eastern literature at the time were written in Classical Arabic.

The use of Classical Arabic in the Quran helped the language expand across the Middle East. By the beginning of the 700s - almost a century after the Quran was first revealed - Classical Arabic was viewed as a crucial part of Islamic life. Proficiency in Classical Arabic was deemed essential for any Arab hoping to rise through the classes to become a figure of importance. This is quite similar to the attitude the Romans of the time held towards Classical Latin. In 8th century Rome, budding politicians and speakers were advised to learn Classical Latin to cement their status.

Classical Arabic can be a difficult language to learn, especially if you don't have any knowledge of contemporary Arabic. Many native Arabic speakers even struggle to comprehend Classical Arabic as they are only used to seeing it in the Quran.

If you're not learning Arabic for religious reasons, there really isn't any reason to choose Classical Arabic over the other forms currently spoken. If you are an Muslim convert and wish to learn Classical Arabic as part of your scripture studies, we advise suggest learning it in conjunction with contemporary Arabic. This will expedite your progress and allow you to better interact with fellow Muslims.

As its name suggests, Modern Standard Arabic is the standardized form of the Arabic language. It is the official language of 27 countries, including Saudi Arabia, Egypt, Iraq, and Libya. This is despite the fact all of these countries have their own unique form of Arabic. It is also one of the six official languages of the United Nations. Modern Standard Arabic is advantageous as it facilitates communication between Arabic speakers of different nationalities and backgrounds. For this reason, it is the most widely used language in contemporary Arabic literature. You will also find it in movies, speeches, and textbooks.

Modern Standard Arabic arose out of Classical Arabic. This means there are a number of similarities between the two. In many ways, however, they are two completely different languages.

Unlike Classical Arabic, Modern Standard Arabic borrows several punctuation marks from other languages. This is largely an effect of the internet, which has introduced Arabic speakers to characters they would not have otherwise encountered. Modern Standard Arabic also recognizes consonants that are not present in the Arabic script. Classical Arabic, however, adheres strictly to the tashkil.

Anybody hoping to learn Arabic should focus on Modern Standard Arabic to get them started. Because the language is so widely spoken, you won't have any difficulty finding a Modern Standard Arabic teacher in your area. Furthermore, MSA textbooks and reading primers are much easier to locate and master than those in Classical or Colloquial Arabic.

​Okay, this is where things get a little confusing. We mentioned earlier that Arabic is essentially an umbrella term. The same can be said of Colloquial Arabic.

In many cases, the differences between forms of Colloquial Arabic are relatively small. On some occasions, however, two forms may differ wildly from one another. Some even deviate drastically from Modern Standard Arabic. In fact, in Middle Eastern countries with a high rate of illiteracy, natives may understand their form of Arabic exclusively and struggle to comprehend even basic MSA.

Colloquial Arabic can be a challenge to learn. That being said, it is certainly a rewarding pursuit. Many Arabic students delight in learning Colloquial variations of the language as it allows them to pick up unique slang and turns of phase not present in Modern Standard Arabic. Plus, the more forms of Colloquial Arabic you know, the greater your travel opportunities are. Arabs are generally very impressed by outsiders who are proficient in their native language. Master a few phrases of a region's Arabic before traveling there and the locals will welcome you with open arms.

So What Form Of Arabic Should I Learn?

​We advise all Arabic students to start out with Modern Standard Arabic, unless your goal is to solely understand the Quran. As mentioned already, MSA textbooks and other learning materials are widely available. This makes it much easier for beginners than Classical Arabic and Colloquial Arabic.

If you have no desire beyond reading and having basic conversations in Arabic, there is no need to venture beyond Modern Standard Arabic. If you have greater aspirations, however, you should consider expanding your study. Muslim converts should complement their study of Modern Standard Arabic with lessons in Classical Arabic. This will give them the knowledge they need to understand the Quran and Hadith, as well as essays by contemporary Muslim scholars. Travelers preparing for a trip to the Middle East should research at least one form of Colloquial Arabic before their journey. This will help them stay out of trouble and in favor with the locals.

Ayat and Hadith that Prove Islam is a Religion of ...
He is (still) Close