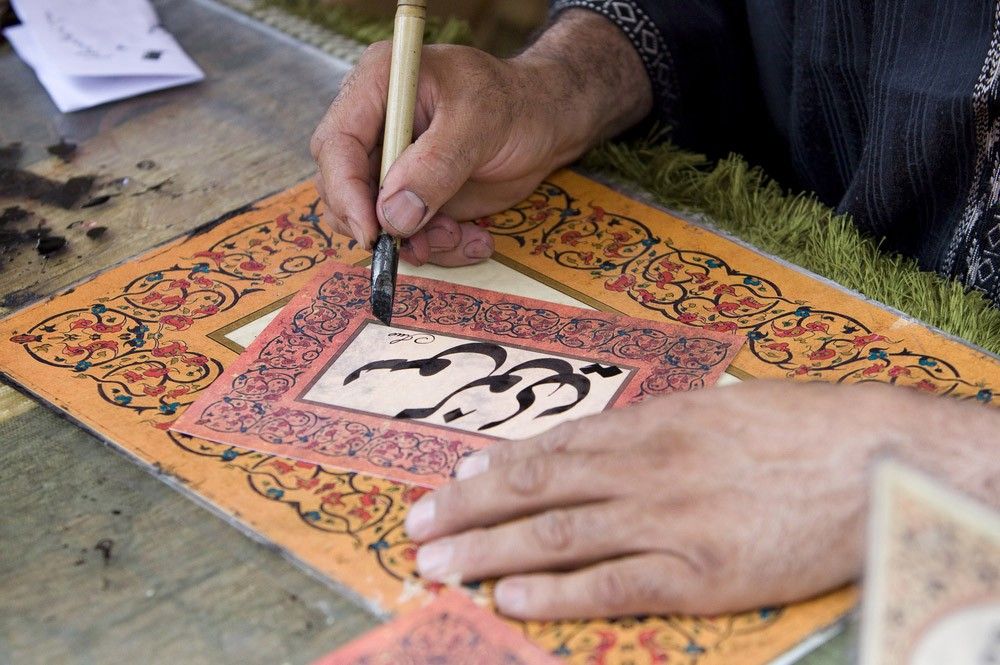 Arabic has been spoken for at least 1,500 years. It is the official language of 26 countries and the only tongue in which the Quran can be accurately recited. Despite this, we in the Western world know very little about it.

With the number of Arabic speakers in the West ever increasing, we encourage our readers to familiarize themselves with the language. Let us get you started with this article.

Here are 10 things you may not know about the Arabic language.

1. Arabic Is The Fifth Most Spoken Language In The World

As mentioned above, Arabic is the official language of 26 states. However, it is spoken far beyond those lands.

2. Numbers Are Read From Left To Right

Much like Hebrew, Arabic words are read from right to left. This is one of the most difficult things for novices to get used to when they start learning the language.

The good news for newbie Arabic speakers is that numbers are read from right to left. While this may seem like an insignificant point right now, it is important to remember that every war is won in small battles. With numbers already literally on your side, you are one step closer to mastering the Arabic language.

Arabic is a language of synonyms. There are, for example, 11 Arabic words for love (and probably much more if you consider colloquialisms). But the language really starts to show off its creativity when it comes to camels.

The Arabic language boasts at least 100 words for camel. Many of these words are used to identify certain personality traits in individual camels. A camel that is easily spooked, for example, is called "al-jafool". Meanwhile, a camel that drinks once every three days is referred to as "riba'a".

4. Many English Words Are Of Arabic Origin

While there are not many similarities between Arabic and English, there are a number of words in the English language that can trace their roots back to the Middle East. Everyday words such as "sugar", "orange", and "magazine" are all of Arabic origin. "Ghoul" and "mummy" are also derived from Arabic, but they're only everyday words if you're extremely unfortunate.

5. Many Arabic Words Formed From Outside Influence​

As mentioned above, Arabic has contributed a variety of words to the English language. However, it has itself borrowed words from older tongues. Arabic has been primarily influenced by other Central Semitic languages. These include Hebrew, Phoenician, and Aramaic. For example, the Arabic word for city, "madina", comes from the Aramaic "medinah", which was the word given to a place of government.

As a side note, the Aramaic influence in Arabic is noteworthy as it was the language spoken by Jesus. According to the Quran, it is Jesus, and not the Prophet Muhammad, who will one day return to defeat the Antichrist.

6. Arabic Is A Language Of Strategic Significance

In 2006, Arabic was declared a language of "strategic significance" by then US President George W. Bush. Shortly after, the US government introduced the National Security Language Initiative.

The NSLI encourages American citizens to learn certain languages, including Arabic, in order to improve communications with citizens of non-English speaking countries. It does this by offering a series of scholarships and additional opportunities in education and travel.

7. There Are Multiple Forms Of Arabic

Arabic is usually broken down into three different forms; Classical Arabic, Modern Standard Arabic, and Dialectal Arabic. Classical Arabic is often referred to as "Quranic Arabic" as it is the strain found in the Quran. You may also encounter it in Arabic literature. Modern Standard Arabic can be considered the "official" form of Arabic. It is taught in schools and generally used in advertisements, cinema, and official documents. Dialectal Arabic is itself an umbrella term. It refers to the many regional types of Arabic unique to different parts of the world.

8. Arabic Can Be Mastered In Less Than Two Years​

A lot of native English speakers view Arabic as an insurmountable obstacle. The fact that it requires learning a new set of letters and reading from right to left makes the language seem a lot more complex than it is.

In reality, Arabic can be mastered in less than two years. If you want to be really specific, a recent study found that the average person can become a proficient Arabic speaker in 1.69 years. This equates to 88 weeks or 2,200 class hours.

To be or not to be, that is the question. Well, in Arabic the answer is most definitely not to be. When it comes to the present tense, Arabic has no verb "to be". So instead of saying "I am speaking Arabic", you will essentially be saying "I speaking Arabic". This is another one of those small battles that are so crucial in learning the language.

10. The Arabic Language Is Represented On WWE Programming​

Okay, this is one very few people are aware of.

Even if you live in an English-speaking country, you can see the Arabic language represented every week on WWE Monday Night Raw. This is all thanks to WWE Superstar Sami Zayn.

Zayn, real name Rami Sebei, was born in Quebec, Canada to Syrian immigrants. The former NXT Champion is not shy about his Middle Eastern heritage. Arabic writing adorns his wrestling tights and he makes sure to address the fans in Arabic whenever WWE tours the Middle East. Trilingual, Zayn is also fluent in English and French.

Arabic is one of the few languages that is widely spoken in both religious and secular environments. Boasting nearly 500 million speakers worldwide, it is only increasing in prominence, with more and more people discovering its beauty every day.

Even if this article hasn't inspired you to learn Arabic, we hope it has at least given you a greater appreciation for the language and those who speak it.

Tags:
online Arabic classeslearning Arabicofficial languagearabicquran
10 Celebrities Who Speak Arabic as a Second Langua...
How Hard is it to Learn the Arabic Language?

The Beauty of Arabic