10 Celebrities Who Speak Arabic as a Second Language 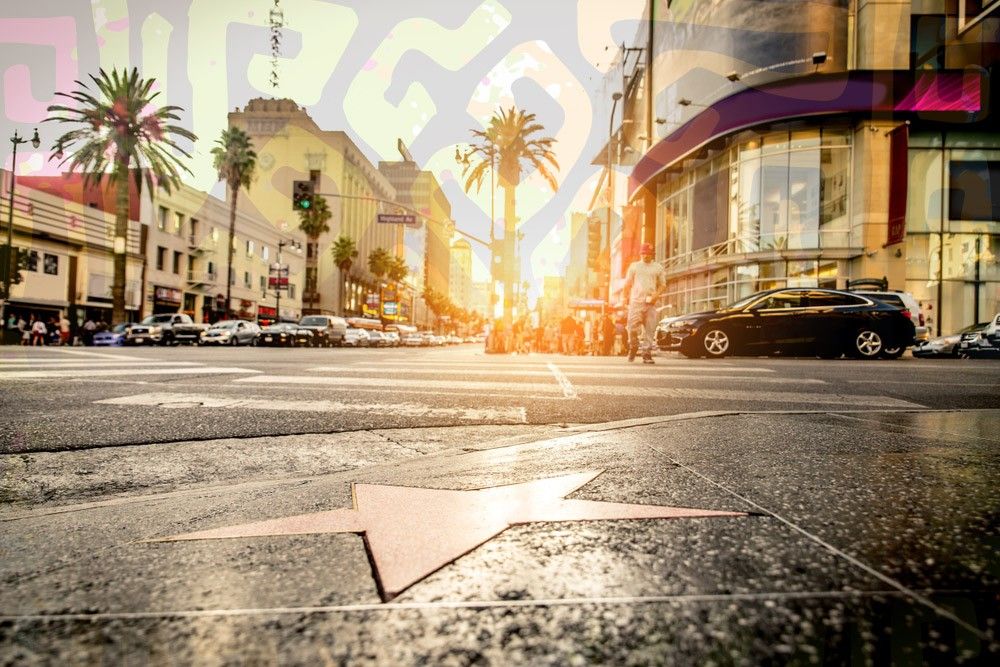 Salma Hayek is often overlooked by the media in favor of her husband, François-Henri Pinault, and his massive $30 billion fortune. However, Hayek is a major star in her own right. She has appeared in dozens of big-budget films, including From Dusk till Dawn, Grown Ups, and The Hitman's Bodyguard. In 2005, she was named one of Time magazine's 25 Most Influential Hispanics. She is multi-lingual and speaks Spanish, English, Portuguese, and, of course, Arabic.

American audiences have recently been introduced to stand-up comedian Gad Elmaleh through his new Netflix series Huge in France. As the name of the show suggests, Elmaleh is indeed huge in France. The Moroccan comic has performed to sold-out crowds all over Europe and in 2006 was awarded the Ordre des Arts et des Lettres by the French Minister of Culture. 11 years later, he was named a knight of the National Order of Quebec. He has appeared in a number of films, including Coco, La Doublure, and Midnight in Paris. Elmaleh speaks Arabic, French, and English fluently.

Alia Shawkat is best known for her role as Maeby Fünke on the sitcom Arrested Development. She has also appeared in shows such as The League, Drunk History, and Big Mouth. Although she was born in Riverside, California, Shawkat's father is from Baghdad, Iraq. He taught her many Arabic words and phrases, which she still uses to this day. When appearing to present the award for Outstanding Female Actor in a Drama Series at the 2017 SAG Awards, Shawkat greeted the audience with the Arabic welcome "assalamu alaikum".

Rami Sebei is known to fans of professional wrestling as WWE's Sami Zayn. Before signing with the sports entertainment juggernaut, Sebei made a name for himself on the independent wrestling scene as the masked luchador El Generico. Sebei was born in Quebec, Canada to Syrian immigrants. Raised Muslim, the former NXT Champion is fluent in Arabic and always makes time to address Arab fans in their native tongue whenever WWE visits the Middle East. In 2013, Sebei launched Sami for Syria, a fundraising campaign with the aim of increasing the availability of medical care in Syria.

Born Neta-Lee Hershlag in Jerusalem, Natalie Portman is one of Hollywood's most enduring stars. She has appeared in almost 50 films, including Zoolander, Thor, and Star Wars: Episode I - The Phantom Menace. In 2010, she took home the Academy Award for Best Actress for her role in the psychological horror Black Swan. An academic and an activist, Portman is fluent in a number of languages, including French, German, Hebrew, Japanese, and Arabic.

Zayn Malik shot to fame in 2010 as a member of the boy band One Direction. During his time with the group, he recorded hit songs such as What Makes You Beautiful, Best Song Ever, and Little Things. He left One Direction in 2015 to pursue a career as a solo artist. Malik has spoken about his heritage in great length. He was born to Muslim parents in Bradford, West Yorkshire and learned to read Arabic at an early age. Although he is no longer active in Islam, he remains proficient in Arabic and can also speak Urdu.

Shuhada' Davitt was born Sinéad O'Connor in the Dublin town of Glenageary. As Sinéad O'Connor, she became one of Ireland's most successful performers. Her 1990 recording of the Prince song Nothing Compares 2 U earned her worldwide acclaim. As well as topping charts in Britain, Australia, and Canada, the cover enjoyed four straight weeks in the number one spot of the Billboard Hot 100. After years of professional and personal instability, O'Connor converted to Islam in 2018. Shortly after making her Shahada, she changed her name to Shuhada' Davitt and began uploading YouTube videos of herself reciting portions of the Quran and speaking Arabic.

Much like Sinéad O'Connor, singer-songwriter Cat Stevens converted to Islam after a successful career in the music industry. Unlike O'Connor, however, Stevens converted at the height of his fame and subsequently retired from public life. After three decades away from popular music, Stevens returned as Yusuf Islam with the 2006 album An Other Cup. An Other Cup was a commercial and critical success and was quickly followed by the 2009 release Roadsinger. In recent years, he has returned to the Cat Stevens stage name. However, Stevens remains devoted to his faith and makes frequent references to Islamic doctrine in his recordings. His songs often include words and phrases borrowed from the Arabic language, in which he is fluent.

Nobody in Hollywood had a better 2018 than Rami Malek. After Sacha Baron Cohen abandoned the project, Malek was called in to replace him as Freddie Mercury in the blockbuster biopic Bohemian Rhapsody. He received unanimous critical acclaim for his performance and took home the Academy Award for Best Actor in 2019. His role in the film also earned him a Golden Globe and a BAFTA. He was later named one of Time magazine's 100 most influential people for 2019. Malek was born in Los Angeles, California to Egyptian parents. Raised Coptic Orthodox Christian, Malek is fluent in Egyptian Arabic.

Shakira began her music career in Latin America, with albums such as Pies Descalzos and Dónde Están los Ladrones? She was introduced to English-speaking audiences in 2001 with the album Laundry Service. From there, she recorded a series of major hits, including the best-selling single of the noughties, Hips Don't Lie. But Shakira is so much more than just a singer. A dedicated humanitarian, she is a UNICEF Goodwill Ambassador and founded the Pies Descalzos Foundation, which provides education and meals to more than 4000 children across Colombia. She is also a noted academic and is fluent in French, English, Portuguese, Italian, and Arabic, among other languages.

Tags:
Hollywood A-listersnon-native Arabic speakerspeoplearabicsecond language
7 Mind-Blowing Scientific Facts Mentioned In The Q...
10 Things You May Not Know About the Arabic Langua...

The Beauty of Arabic