10 Celebrities Who Converted to Islam

With more than 1.8 billion adherents, Islam is the fastest growing religion in the world. Interest in Islam in the Western world surged in the mid-20th century. Since then, Westerners have been converting to the religion in droves. We've even seen a number of Hollywood notables make the Shahadah, some of whom left their fans stunned by their decision. We're going to be looking at a number of such cases in this article.

Here are 10 celebrities who converted to Islam. 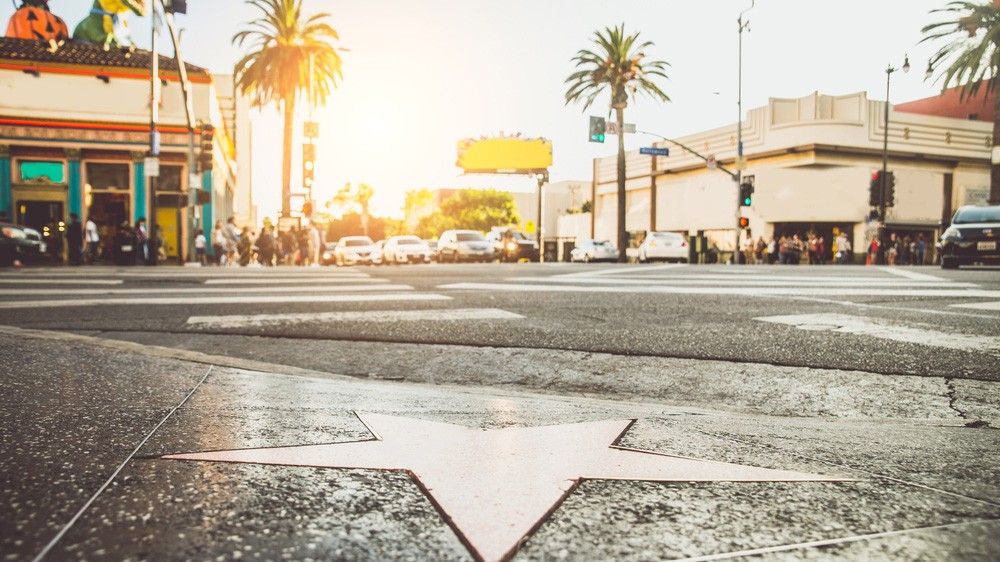 MC Ren is best known for his work with hip-hop pioneers N.W.A. However, he has also enjoyed a successful career as a solo artist. His pursuits as a writer and producer have garnered acclaim in the rap community and from the music industry at large.

The Compton native converted to Islam in 1993 and quickly shacked up with the controversial Nation of Islam. During this time, he became known as "Lorenzo X". MC Ren's association with the Nation of Islam came to an end just two years later, when he became a Sunni Muslim.

Dave Chappelle is one of the most successful comedians of all time. His groundbreaking stand-up and television work has cemented him as one the true greats of the entertainment industry. His stock as an artist rose exponentially in 2005, when he walked away from a $50 million contract with Comedy Central in protest of the direction the network had taken Chappelle's Show. The comic reeled in his public appearances after his split from Comedy Central, but in 2016 exploded back onto the scene with a $20 million Netflix deal.

Although his material may not always reflect it, Chappelle is indeed a Muslim. The comic converted to Islam in 1998. However, generally avoids talking about his faith, explaining that he does not want Islam to be associated with his personal shortcomings.

As a footballer, French forward Nicolas Anelka played for a number of major Premiership teams, including Liverpool, Manchester City, Chelsea, and Arsenal. Ahead of the 2002 season, he famously joined Manchester City on a £13 million pound deal. In the years that followed, he moved to Fenerbahçe for £7 million, Bolton Wanderers for £8 million, and Chelsea for £15 million. That's a lot of money. Anelka's playing career came to an end in 2015 and he today enjoys a managerial position with the Lille youth team.

Anelka's conversion to Islam came in 2004, at the height of his playing career. During his time as an active footballer, he chose not to fast during Ramadan for fear of weakening his body ahead of big games.

Is there a more famous conversion than that of Cassius Clay? In the early 1960s, the Kentucky native was the hottest young prospect in professional boxing. It was around this same time that he began attending Nation of Islam meetings and interacting with some of the most notable names within the movement. However, it was not until 1964, when Clay defeated Sonny Liston for boxing's Heavyweight Championship, that he was fully embraced by the group.

Shortly after formally joining the Nation of Islam, Clay announced that he would be changing his name to Muhammad Ali. Ali remained with the group for a number of years, but revealed in his 2004 autobiography that he converted to Sunni Islam under the guidance of Warith Deen Muhammad. In 2005, he converted to Sufi Islam and would spend the remainder of his life drifting between Sufi and Sunni teachings.

For better or worse, Lauren Booth is most recognizable as the ex-sister-in-law of former British Prime Minister Tony Blair. However, Booth has carved out a successful career for herself in the media. Throughout her time in journalism, she has served as a columnist for a number of noteworthy UK publications, including The Mail on Sunday and New Statesman. In 2005 she even appeared on the reality television series I'm a Celebrity… Get Me Out of Here!

Long before converting to Islam, Booth was a supporter of Muslim communities in Britain and across the world. Despite her association with Tony Blair, she was a vocal critic of the Iraq War. She has also opposed the blockade of the Gaza Strip and campaigned extensively to combat Islamophobia through the Islam Channel. Booth finally made her Shahadah in 2010.Enter your text here ...

Outside of Muhammad Ali, Cat Stevens' conversion to Islam is perhaps the most famous. The English-born singer-songwriter made the Shahadah at the height of his fame in December of 1977. Around this same time, he changed his name to "Yusuf Islam". Under the guidance of prominent Islamic scholars, Stevens retired from pop music and even went so far as to ask his record label to pull all of his albums from circulation. Had this happened, we would have lost classic tunes, including "The First Cut is the Deepest", "Here Comes My Baby", and "Peace Train".

Three decades later, Stevens returned to popular music with "An Other Cup". This was the first album to be released under the Yusuf Islam name and proved a massive success. Since 2006, Stevens has been steadily releasing albums while touring and making public appearances. In recent years, he has returned to the Cat Stevens name for his professional life, having come to the realization that Cat Stevens and Yusuf Islam can indeed co-exist.

Professional wrestler MVP has gone by a lot of names. He was born Alvin Antonio Burke, Jr. He later changed his name to Hassan Hamin Assad. Shortly after that, he would become known professionally as Antonio Banks and, briefly, Lord of War. After signing with WWE - the Mecca of professional wrestling - he became known as Montel Vontavious Porter. This was later shortened to simply MVP.

While MVP is certainly the name that people will recognize the most, iHassan Hamin Assad remains the wrestler's legal name. He adopted it after converting to Islam during an 18-and-half-year prison stretch for armed robbery and kidnapping. He ended up serving only half of that term and turned to professional wrestling after his release. Since then, MVP has made millions of dollars, performed in hundreds of countries, and inspired countless children and adults alike. His story is a shining example of the positive impact Islam can have on a person's life.

At seven-foot-two and 225 pounds, Kareem Abdul-Jabbar cut an imposing figure whenever he stepped onto the basketball court. It is no surprise, then, that the New York City native played for six NBA championship teams during his career. Abdul-Jabbar's greatest success came during his time with the Los Angeles Lakers, whom he played for from 1975 to 1989. Prior to this, he enjoyed a spell at the Milwaukee Bucks, from 1969 to 1975. During his playing career, Abdul-Jabbar was named NBA Most Valuable Player a record-breaking six times. He also took home the title of NBA All-Star a baffling 19 times.

Abdul-Jabbar has attributed much of his success to the positive influence of the Quran on his life. He converted to Islam in 1971, while still playing with the Milwaukee Bucks. It was at this time that he changed his name from Ferdinand Lewis Alcindor, Jr. to the moniker he would achieve his greatest fame under.

Irish singer-songwriter Sinéad O'Connor has had a complicated relationship with religion. She rose to international fame in 1990 with her cover of the Prince classic "Nothing Compares 2 U". However, she quickly fell out of favor with American audiences when she desecrated a picture of Pope John Paul II on an episode of Saturday Night Life.

Given O'Connor's vocal disdain for organized religion, you can imagine how shocked her fans were when she announced her 2018 conversion to Islam. Around this same time, she began sharing videos of herself singing and speaking in Arabic and even changed her name to Shuhada' Davitt. Evidently, there is much of Sinéad O'Connor to be found in Shuhada' Davitt. Just one month after announcing her conversion to Islam, Davitt sparked some classic O'Connor outrage when she took to Twitter to label non-Muslims "disgusting".

When people talk about Muslim converts in boxing, they tend to focus on Muhammad Ali. While this is understandable given Ali's status in the industry, it means another all-time great is often overlooked. That all-time great is, of course, Mike Tyson. When Mike Tyson won the World Heavyweight Championship in 1986, he became the youngest man ever to do so. Of course, his career was not all championships and glory. Towards the end of the 1980s, Tyson's erratic behavior outside the ring began to land him in trouble. Serious trouble. In 1992, he was sentenced to six years in prison for the rape of a young woman.

During his time behind bars - which ultimately lasted a mere three years - Tyson converted to Islam. However, the boxer made little reference to his new faith upon his release from prison. His conversion did not become public knowledge until 2010, when he tweeted a picture of himself clad in a white robe and stationed outside the Kaaba during his Hajj.